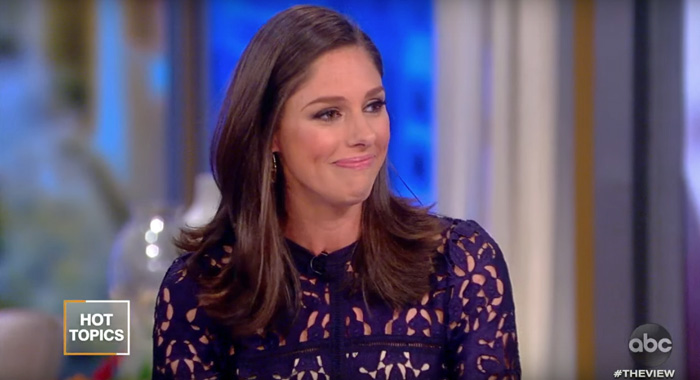 Abby Huntsman Is Leaving 'The View' Instead of Meghan McCain, Wait What?

When we last left The View, tabloid reports were pouring in that basically everyone has had it up to here with Meghan McCain including her now-former best friend Abby Huntsman. These reports followed a mini crap-nado of drama that kicked off with Meghan being, well, basically Meghan while Elizabeth Warren was on the show, and then taking an impromptu day off in the aftermath. But despite Princess PewPew McJigglyShots leaning into her new “lone wolf” persona and essentially confirming to Fox News that she and Abby no longer speak, these things have happened before, and the most that was going to happen is everyone would return to the show on Monday and say a bunch of forced lines about how they’re all “family” and “families fight” or some shit.

Turns out Abby is leaving The View and with a quickness. Her last day is Friday, and here’s her official announcement, which plays less like a tearful goodbye and more like a woman trying to talk so fast that you don’t notice she can’t f*cking wait to get out of here. If you looked under the table, you’d probably see at least one of her legs cuffed to a chair.

If you’re smarter than I am and didn’t waste four minutes of your life watching what’s essentially a hostage on the verge of freedom, in a nutshell, Abby claims she’s leaving to help run her father’s gubernatorial campaign in Utah — OK, sure — and she’ll always be grateful for her time on the show, yadda yadda yadda. She also made it a point to say that being on the panel means being “friends for life” while looking at Meghan who made this face: 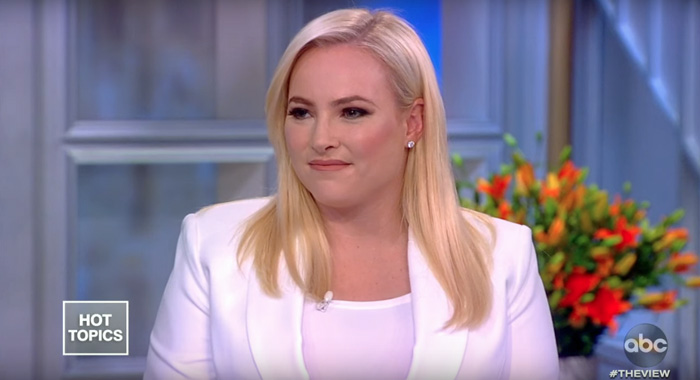 Not to be outdone, Meghan was given time to reflect on working with Abby, so naturally, she used it to talk about how much she loved campaigning with HER FATHER the late senator JOHN MCCAIN. She also was the only person on the panel who made it a point to not even pretend she gave a shit if Abby comes back, which is probably why Abby made this face the whole time: 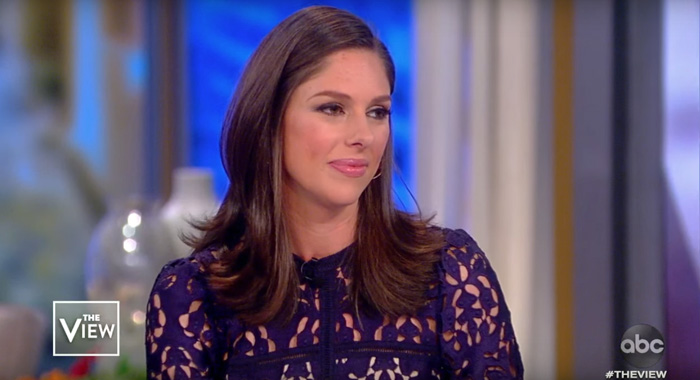 So, yup, she cannot wait to get the FOH. But the absolute best moment came right after Meghan finished her MY FATHER™ soliloquy when Joy Behar tucked this scorching, stealth shade inside a compliment to Abby, and not a single person in the room didn’t know exactly who was the target.

“You’re one of the nicest and easiest people I’ve ever worked with.”

DAMN, Joy, you wanna salt the earth, too, while you’re at it?

As for the Twitter reactions to Abby leaving, they range everywhere from “Girl, bye” to “The wrong kid died” before settling into a steady tempo of “Please hire Ana Navarro full time so Meghan quits and/or explodes like a squeeze tube of mayo left out in the sun.” Hope is in the air, I guess you might say.

Everybody: Meghan ain’t goin with you? #TheView pic.twitter.com/lJOSc1jmkq

#TheView y’all giving too much love to Abby. Abby is the Susan Collins of the view. She helped normalize this bullshit corrupt admin for her tax cut she’s the same greedy trash as Meghan and all them pic.twitter.com/Lrlf9lkjeR

They should ask Ana Navarro to replace Blabby. Make Megajaws blow a fuse. The ratings would be off the charts. #TheView

At least now Abby's seat can be given to somebody that actually deserves it and isn't a nepotism hire. #TheView pic.twitter.com/wO7S1lRKfj

← Watch: Guy Hosts a Christmas Dinner For Fifty People Who Alone Over the Holidays | The Allure of Gwyneth Paltrow's Vagina Candles →