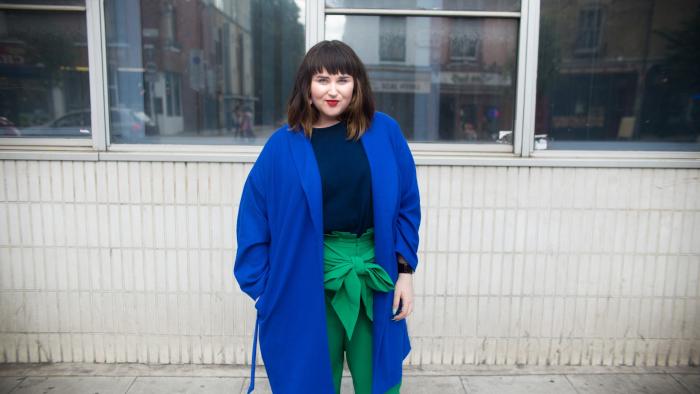 You know the drill. It’s books time. Share with us what your favourite reads of April 2022 were and let’s distract ourselves with the pleasures of the literary world. It’s that of screaming. But we can do both.

In 2007, Canadian author Miriam Toews starred in the Mexican film Silent Night, about a Mennonite community in the country and a married man within it who falls for another woman. Toews, a former Mennonite who had never acted before, landed the role because the director read one of her books. After finishing the film and receiving awards nominations for it, Toews used her experiences for the novel Irma Voth. In that, a young Mennonite woman who has been banished from her family after marrying a Mexican man (who then leaves her) is hired to act as a translator on the production of a new film about Mennonites. See, it all ties together!

Toews has quickly become one of my favourite contemporary authors thanks to her perceptive and empathetic studies of women struggling with the most devastating of personal and existential crises. With Irma Voth, those themes are prevalent. The eponymous Irma (love the Irma Vep reference) is mature for her age and weighed down by the cruelty of the men in her life but she’s also barely an adult and it’s obvious when she is forced to act as one for the ambitious but naive film crew who have set up camp on her land. But this crew also provides her with a life raft, a way for her to gain a semblance of freedom from the right grip of her estranged but still controlling father. The world of movie-making seems as contradictory and absurd as her own, which inspires some moments of real warm humor (Toews’ next novel, All My Puny Sorrows, is notably funny despite being centered on a bleak subject, and she’s skilled at maintaining that tricky tonal balance.) This is not a world Toews broadly demonizes but she is not unaware of its troubles, which she has written about frequently. As the novel takes a dramatic turn halfway through, Irma’s world opens up into something more colourful and boundless. I loved this, as I have with the other Toews novels I’ve read, and she is not an instant must buy writer for me!

Welcome to Your Life by Bethany Rutter

Some books for my weekend of reading delights (accompanied by bramble wine and hopefully a roast chicken!) pic.twitter.com/1fcwIPvNUX

Serena is set to get married, but after a crisis of confidence, she leaves her fiancé at the altar and flees to a Harvester off the M25 to figure out her life. Everyone thinks she’s gone mad — why ditch ‘the perfect man’ who you can’t do better than? — but Serena wants a love and a life that she feels she truly deserves, not one she should feel grateful for. So, she moves to London to start afresh with a new job and a hastily chosen dating plan: one new date every week for the whole year.

That central gimmick doesn’t really make up the backbone of Welcome to Your Life. Rather, this is less a romance novel than a classic British romantic comedy about self-discovery. Rutter makes her adult debut here after two well-received YA novels that also focus on young fat women carving out their place in a world that views them with disdain. Serena gained a lot of weight while dating her ex-fiancé and world as a singleton is very different now because of it. Few people may directly snark about her weight to her face but Rutter captures the exhausting microaggressions that populate Serena’s daily existence: the colleague who thinks she’ll get on well with someone just because they’re also fat; the weird comments about surprisingly pretty she is; her own family being so flabbergasted that she would ever dump her handsome ex. Even Serena is not immune to fatphobia, initially choosing dates on apps based on whether she’d think the men would find her hot rather than her own attraction to them. Also, this book reminded me of how rare it is to see a fat protagonist in a novel, but also how I’m not sure I’ve read a story where there were multiple named fat characters?!

The dates are as varied as you can imagine (the weird men’s rights creep, the serial dater, the chubby chaser, the Borat quoter) but the meat of Rutter’s book is in Serena’s burgeoning love for herself and her life as a Londoner. I felt the most joyous with scenes where she soaks in the beauty of her new home city and enjoys the delights of doing things on her own, whether it’s going to the theatre at the last minute or getting a fancy coffee for no reason or taking the long scenic route home. Welcome to Your Life seems primed to be many people’s ideal summer read and for good reason.

My Year of Rest and Relaxation by Ottessa Moshfegh

Two for £6 from HMV. pic.twitter.com/kCPcUE7Iws

Yup, I’m still on the Moshfegh train. I’m a proper sad book girl. One of the most buzzed about novels on BookTok, Ottessa Moshfegh’s My Year of Rest and Relaxation can best be described as a languid descent into personal and societal oblivion. Our protagonist is an unnamed woman with everything at her disposal. Her parents’ deaths has left her with a sizeable inheritance, she barely needs to turn up to her art gallery job, and her occasional f**k buddy comes and goes as he pleases (so to speak.) She has a plan for personal development: to get her hands on as many pills as possible and force herself to sleep for the whole year. While she wakes up now and then for pizza and to tolerate the presence of her so-called best friend, her ultimate dream is to be unconscious for the 2000/2001 season.

Moshfegh’s work is defined by its savagery and drollness. Her protagonists are typically strange, crude women who reject their societal standings in favor of more primal desires, although the end results are seldom truly satisfying. Her heroines, if such a word could even apply to them, are flinty, uninterested in social mores, and occasionally kind of gross. The eponymous Eileen of her debut novel has a crassness about her that makes her curiously magnetic, and a similar sense can be found with our unnamed lead character in My Year of Rest and Relaxation. She’s deeply damaged and her desire to sleep feels painfully familiar to many of us who have dealt with some kind of anxiety or depression. Yet her solution, to drug herself into a dark pit of bodily disintegration, is so baffling that we can’t help but want to see what happens. Aided by a hilariously corrupt doctor who hands out high doses of tranquilizers like they’re gummy bears, she creates an unbalanced cocktail of pills and potions in the hopes that she won’t have to wake up unless it’s totally necessary. It’s a scorching take on the ideas of privilege that dominate our discourse, with a spoiled pretty white girl who talks a lot about her thinness and money revealing the hollow depths that such power can allow her to sink to. I totally get why a lot of people just can’t deal with such characters but I was fully on this book’s level.

Turned on my Kindle and had totally forgotten that I'd pre-ordered this. Past me was a total genius. pic.twitter.com/HZ39JJ0UUw

There are few books I anticipated so feverishly this year as I did the latest novel by the multi-award winning Canadian author Emily St. John Mandel. Station Eleven is one of my absolute favorite reads and one I giddily recommend to absolutely everyone, regardless of their tastes or literary preferences. There is something so acrobatic about the way she takes these seemingly disparate plot strands and weaves them together. She makes it seem utterly effortless and you’re consistently dazzled by her skill. With her new novel, Sea of Tranquility, she blends the cultural awareness of her previous novels with a time travel plot and creates something truly special.

The plot isn’t exactly easy to surmise: there are various individuals scattered throughout time who witness something strange; a possibly otherworldly split in reality or a glitch in the matrix. In the 2200s, after mankind has populated the moon, one lonely and dissatisfied figure is hired by a time travel corp to investigate these happenings. But that’s not what it’s really about. Sure, Mandel blends all of these parts together with her usual surgeon-like precision, but the meat of this speculative tale is in the introspective study of loneliness and time. A COVID-era novel, part of the story involves deadly pandemics that have ravaged the Earth and encouraged colonisation of the stars. Yet one doesn’t need to be so far away to feel isolated. Perhaps all those big questions about the meaning of life and our purpose are pointless. What if the ultimate answer is ‘who cares’? It makes the novel sound hopelessly nihilistic but Mandel is not that kind of writer. Even at her most claustrophobic, her work sings with a curious strain of hope and relief that leaves me eager for more. This is easily my favorite new book of 2022 so far!