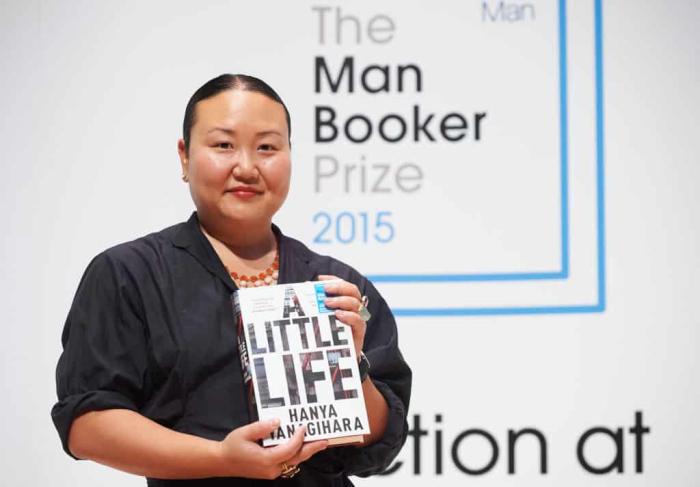 The Most Anticipated Books of 2022

I have too many books to read. I literally bought shelves to store all of my unread books on so they wouldn’t clutter up the ground next to my bed but guess who still has like 20 books they keep tripping over every-time they need to get up and pee? This sucker right here. So of course I’m sharing my list of books I have either already pre-ordered or plan to do so after Christmas. But hey, I don’t do hard drugs so there are worse addictions to have.

Reading remains the only real constant in my life aside from irregular sleep schedules and bouts of self-loathing, so of course I have TOO many books I’m eager to get my hands on in 2022. To keep things brief, I’ve narrowed my list of the most anticipated titles of 2022 down to nine, and it’s all entirely dictated by my specific tastes and favorite authors, so make sure to share your own choices in the comments below. I’ve already got a tab open to expand upon my Amazon wishlist.

To Paradise by Hanya Yanagihara

TO PARADISE (@doubledaybooks) by Hanya Yanagihara!

I’ll be honest here: There is no single piece of pop culture I am more eager to get my hands on in 2022 than the newest Hanya Yanagihara novel. A Little Life may have been the earth-shattering, all-the-feels breakout hit but it’s her debut, The People in the Trees that enthralled me the most. That book is so truly addictive, such an undeniably hypnotic reads, that I think about it way more than any other book I love that doesn’t have vampires in it. It’s probably my most recommended book too (seriously, buy it!) To Paradise has been described by some early reviews as Yanagihara’s Cloud Atlas, with three separate stories of different literary styles and themes connected via character names, ideas, and the ever-present hope of the almighty American Dream. I’m trying to read as little as possible about To Paradise before I buy it, but I fully expect to be emotionally destroyed over the course of 720 (!) pages.

To Paradise will be released on January 11th by Doubleday.

The Book of the Most Precious Substance by Sara Gran

Just in: Starred review from Publisher's Weekly of THE BOOK OF THE MOST PRECIOUS SUBSTANCE 🥳https://t.co/zmv744FnkJ


Mere days ago, I read Come Closer, Sara Gran’s short sharp shock of a horror novel, and it’s lingering with me like a shadow in the corner of my eye I just can’t shake. She’s now an immediate must-buy author for me, but even if I hadn’t read that book, I would have her latest one on this list thanks to the sheer allure of its plot. The Book of the Most Precious Substance features a down-on-her-luck book dealer named Lily who is on the hunt to find a much sought-after book, a 17th century manual on sex magic, rumored to be the most powerful occult book ever written. There’s no guarantee it even exists but Lily has a lead and some of the wealthiest people in the world are willing to pay obscene amounts of money if she can find it. This has the potential to be a very different kind of erotic drama and I just need to know what happens!

The Book of the Most Precious Substance will be released on February 8th by Dreamland Books.


The release of a new book by Emily St. John Mandel is always a cause for celebration. Nobody weaves together seemingly disparate storylines into a thematically and narratively cohesive tale quite like she does. Sea of Tranquility promises to take readers from 1912 Canada to a 23rd-century moon colony. There are very few creatives who I am truly eager to see tackle the recent horrors of COVID-19 but Emily St. John Mandel is a writer I implicitly trust. She’s so deftly sophisticated with her prose, so tender with even the prickliest of characters, and so aware of the myriad intersections of life that I have faith in her that few writers inspire. Will it be as good as Station Eleven, one of my all-time favorite books? Perhaps not, but it’s a testament to her talents that her work, for me, veers between masterpieces and the merely excellent.

Sea of Tranquility will be released on April 5th by Knopf.

Just a reminder that I have a book coming out in June. It has heirlooms and mystery and a librarian and a waffle maker … it’s a good time, I think. More: https://t.co/bG1QVyiw2I pic.twitter.com/i7tsZzUMi7


Writer and host of NPR’s Pop Culture Happy Hour Linda Holmes made her extremely charming literary debut with Evvie Drake Starts Over, a romantic drama with a light touch that deftly tackled weightier topics of abuse, mental health, and family trauma. I’m hoping that her new book Flying Solo will scratch that particular itch. Laurie finds herself back in her cozy Maine hometown after a cancelled wedding in order to deal with the estate of her great-aunt Dot. Amid her many treasures, she finds a wooden duck with a mysterious romantic message attached, so of course Laurie must find out the truth behind this sculpture.

Flying Solo will be released on June 14th by Ballantine.

I’m So (Not) Over You by Kosoko Jackson

Keep watch for a giveaway soonish! (Once I mail another giveaway winnings 🥴) pic.twitter.com/6Dsssg3Mir


Honestly, I could probably do a full list of 2022 romance releases I’m excited for (anyone interested in that?) but for now, I’ll focus on one particular title I’m enthusiastic to get my hands on. Yoo know what trope I love? Fake relationships. I love all of that contrived drama and performative romance that is totally not real but maybe is. In Kosoko Jackson’s I’m So (Not) Over You, aspiring journalist Kian Andrews finds himself playing fake boyfriend with Hudson Rivers, a man who once upon a time was his real boyfriend. Hudson just needs someone to be his plus one to the wedding of the season so that his meddling family will back off. It’ll all work out fine with no strings attached, right?! Give me more!

I’m So (Not) Over You will be released on February 22nd by Berkely.

Ramses the Damned: The Reign of Osiris by Anne Rice and Christopher Rice

On the NEW podcast episode of #TDPS Presents CHRISTOPHER & ERIC, @EricShawQuinn & I are all about Ramses, bringing you plot details and teasers from the just announced RAMSES THE DAMNED: THE REIGN OF OSIRIS by @AnneRiceAuthor and yours truly. https://t.co/KXLdyKgP34 pic.twitter.com/ETWwNd7HGu


I wrote this list before the news broke that Anne Rice had passed away at the age of 80, so having this book on here certainly feels much more poignant now. Rice and her author son Christopher have written a third entry in her The Mummy series. This series is Rice at her most Agatha Christie-esque, which is certainly a contrast to the oft-baroque sensibilities of her vampires. OK, it’s not vampires but immortal mummies in Edwardian England, eternal love, Russian assassins, and sassy Cleopatra? I can live with that. Rice’s swan song certainly deserves my day one money.

Ramses the Damned will be released on February 1st by Anchor.

Our Wives Under the Sea by Julia Armfield

Our Wives Under The Sea by @JuliaArmfield is a queer love story, a horror story and a novel about what life lurks in the deep, deep sea…

This stunning cover was designed by @amismithson and signed first editions are available to pre-order from @Foyles: https://t.co/zPBa69dYYG pic.twitter.com/b2oIT4pqPl

It felt like every book blogger I follow online got an ARC of this one and they were all positively rapturous about it, so even someone as allergic to hype as I am had to sit up and take notice. Our Wives Under the Sea — what a title! — follows the aftermath of a deep-sea mission that left Miri terrified that her wife Leah would die. Leah is now home but something isn’t right. She’s different now, and whatever it was that she saw on the depths of the ocean floor has come back with her. Horror plus relationship drama plus monsters? Yes please.

Our Wives Under the Sea will be released on March 3rd by Picador.

We're thrilled to share the cover and an exclusive excerpt from @GwendolynKiste's Reluctant Immortals, coming August 2022 from @SagaSFF! https://t.co/jWxedDJOUu


I need at least one vampire novel on my list and this one sounds utterly fascinating. Lucy Westenra and Bertha Mason, two of the most tragic victims in Victorian literature, are alive and living in 1960s Los Angeles. They’re forced to confront their traumatic pasts when none other than Mr. Rochester and Count Dracula turn up in the Haight-Ashbury district of San Francisco as the hippie movement begins to take over the city. The blurb compares this book to Mexican Gothic, a novel I loved, so I am all in on this. How can you not be intrigued by the combination of vampires, hippies, feminism, and metatextuality?

Reluctant Immortals will be released on August 23rd by Saga Press.

Scoundrel: How a Convicted Murderer Persuaded the Women Who Loved Him, the Conservative Establishment, and the Courts to Set Him Free by Sarah Weinman

Beyond thrilled to share the cover for my next book, SCOUNDREL, which will be published by @eccobooks & @KnopfCA on February 22, 2022.

How can you turn down a title like that? Sarah Weinman’s true crime writing is a cut above the extremely crowded field of competition. Her study of the kidnapping that inspired Vladimir Nabokov to write Lolita is one of my favorite non-fiction books of the past decade. With the compilation Unspeakable Acts, she offered a much-needed reminder of the breadth and journalistic ambition that the genre should aspire to but often doesn’t even bother to try. I had never before heard of the crime that has inspired her new book, Scoundrel, but I am instantly hooked.

In the 1960s, the conservative talking-head William F. Buckley struck up a correspondence with Edgar Smith, a man serving a prison sentence for murder. Buckley was immediately taken by this charming and eloquent man and believed that he, an upstanding neoconservative man about town, could not have committed such a heinous crime. He fought to have Smith’s sentence be overturned, helped turn him into a celebrity with book deals, then realized his errors when Smith tried to kill another woman. Weinman’s book promises to dig into the case as well as ‘who in our world is accorded innocence, and how the public becomes complicit in the stories we tell one another.’ I’m sold.

Scoundrel will be released on February 22nd by Ecco Press.