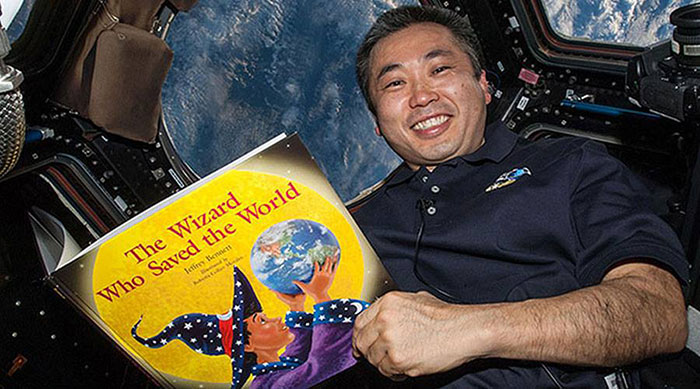 Last year was the 11th year of Cannonball Read - that’s right, we are into our second decade of honoring the memory of the late, great Pajiban, AlabamaPink. CBR11 participants reviewed 5,349 books and raised $1,675 for the American Cancer Society. That brings our total donations for all of the Cannonball Reads to $6,600!

It was a wonderful year, filled with discussions of Good Omens and Sherlock Holmes and lots of book bingo boards. If you haven’t signed up yet for this year’s Cannonball Read, you have until Friday, Jan. 31. Tell your friends, family, co-workers, the servers at your favorite diner - the more the merrier! You get to read books and raise money to fight cancer - two great tastes that taste great together!

As far as the numbers for the year, the first Cannonballer to complete a Cannonball (52 books) in 2019 was vel veeter, with his review of The Gold-Rimmed Spectacles by Giorgio Bassani. He got there one month earlier than the year before, on January 25.  For the second year in a row, vel veeter also read and reviewed the most books  - 730! This Cannonball level is what’s called “Quattuordecuple,” 14 Cannonballs! I’ll tell you one other thing about our vel veeter, he’s a stress reader. So you can see why his reading is on the uptick these days. Check out an interview of vel veeter, where you can meet this voracious reader on the CBR group blog.

Tied for 3rd with 13 reviews each:
99 Percent Mine by Sally Thorne
Educated: A Memoir by Tara Westover

Tied for 5th with 12 reviews each:
A Study in Scarlet by Arthur Conan Doyle
Normal People by Sally Rooney

Tied for 7th with 10 reviews each:
Severance by Ling Ma
The Testaments by Margaret Atwood
Wayward Son by Rainbow Rowell

Tied for 10th with 9 reviews each:
Bad Blood: Secrets and Lies in Silicon Valley by John Carreyrou
On the Come Up by Angie Thomas

CBR Volunteers
Cannonball Read could not run with out a crew of talented and dedicated people who have volunteered their time. From the Facebook page and CBR Book Chat Facebook Group, Twitter, Pinterest, Instagram accounts, to the "Cannon Fodder" newsletter, we could not run as smoothly without them. Thanks to: Ale, ardaigle, Beth Ellen, Bothari43, Classic, emmalita, faintingviolet, getoffmylawnn, ingres77, katie71483, kdm, Malin, Mrs. Julien, Mrs Smith, scootsa1000, teresaelectro, The Mama, Walking Widdershins, and yesknopemaybe. If you have a talent you’d like to offer to help Cannonball Read, sign up for CBR12 and contact me.

#CannonBookClub
In 2019, #CannonBookClub was doubly nice, because we took two different books/characters and discussed them twice in four book club discussions. Good Omens, The Nice and Accurate Prophecies of Agnes Nutter, Witch by Terry Pratchett and Neil Gaiman made its way to TV screens around the world, so we read and discussed the the book and then the show. Faintingviolet and I did our very first Facebook Live event, which you can still view in our Facebook group.

We also read and discussed the first Sherlock Holmes novel, A Study in Scarlet. Then we took on Holmes retellings/adaptations. Cannonballers read many different Holmes-related titles, and wrote numerous reviews. Visit the discussion post to see what everyone chose.

Coming up for 2020: five years ago, we held the first #CannonBookClub group discussion of the popular 2014 novel, Station Eleven by Emily St. John Mandel. This year, Mandel’s next book is due to be released on March 9. So for CBR11, we’ll reread and discuss Station Eleven in March, and in the fall, we’ll discuss Mandel’s new book The Glass Hotel.  Pick up The Glass Hotel after its release date on March 24, 2020, and get ready to discuss this fall.

CBR11 Book Bingo Reading Challenge
By the end of the CBR11 Book Bingo Reading Challenge, there were 49 players, 34 had at least one bingo and 16 completed their bingo card. CBR11 Bingo resulted in 729 reviews over 4 months. A big congratulations goes out to the Bingo Raffle winner: CarrieJay! We’ll definitely be bingoing again this year, so join up for this fun reading challenge.

Donations and More Thanks
The mission of Cannonball Read is to donate to the American Cancer Society in memory of AlabamaPink, Pajiba’s fierce warrior queen, in the fight against cancer. In 2019, Cannonball Read 11 donated $1,675 bringing our total donations to $6,600. Thanks to everyone who donated! If you’d like to support Cannonball Read in its efforts to stick it to cancer, one book at a time, there are several ways you can donate.

Final Standings
Here are our final standings. Look at all of these different levels - that’s quite a range! Also check out some of these hysterical Cannonballers pseudonyms. For even more touching and hilarity about these folks, click through and read their author bios. We had a lot of folks reading in memory of family and friends, far too many really, but our Cannonballers are quite eloquent as I’m sure you know.

If any of the authors or books listed here sound intriguing, consider joining Cannonball Read 12. Open registration ends on Friday January 31, so head on over to the sign-up form. And if you’re reading this after the 31st and still want in, drop me a line and we’ll get you on the books, literally.

← Spike Jonze's 'Beastie Boys Story' Has a Trailer, Will Premiere at SXSW | You Can Finally Get Excited About 'Doctor Who' Again →